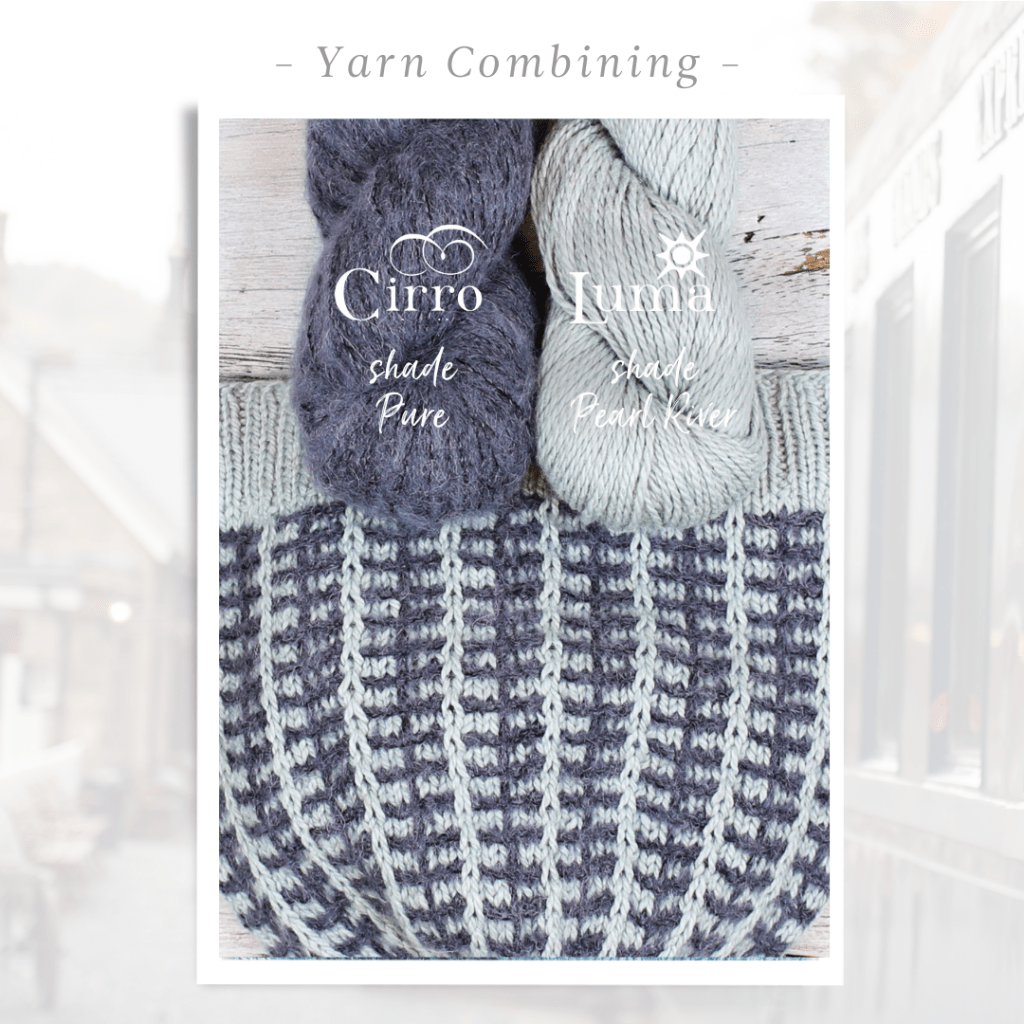 If you haven’t come across UK-based designer Sylvia Watts Cherry, the chances are you have seen one of her amazing designs on Instagram – her Nubian Queen sweater was a huge hit at Vogue Knitting live in 2020. Sylvia’s identity is very important to her and she draws on her Nigerian heritage and her upbringing in Scotland to inspire her designs.  We are so thrilled to be working with her on our Better Together collection and we wanted you to have the opportunity to meet Sylvia and find out what makes her tick. 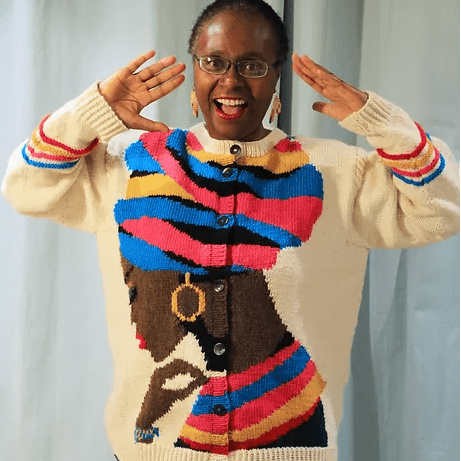 How did Sylvia start out as a knitter? “I learned to knit at school (around the age of 8) and then I continued on my own, to learn different stitch patterns and knit patterns bought from local wool shops,” she explains.  “I was already making a teddy bear in my knitting class when everyone else was struggling to master the cast-on and knit stitch. Then I knitted clothes for the teddy.” Her first design!

But for her, knitting was a solitary task. “As knitting was so unfashionable amongst younger people, I knitted on my own because my mum and my friends were non-knitters. I stopped handknitting in 1988 after discovering the speed of machine knitting then stopped knitting altogether after I had my children in 1990.”

After a break, Sylvia returned to her craft with passion. “Although I always modified patterns, designing did not start until my husband and I sold our business in 2016 and I rediscovered my love of handknitting.  After being contacted by researchers at the Kristie’s Handmade Christmas to submit a garment for their Christmas jumper competition in 2018, I was tempted to design my own patterns.”  We are so glad she gave in to that temptation.

We were interested to hear more about Sylvia’s design process: “I am inspired by bold shapes and colours and usually draw inspiration from patterns in indigenous African tribal textiles and artefacts. I start with a pattern idea or stitch and then work on ideas of a garment that would suit. My designs usually change as I knit but for most of my patterns, I do all the calculations based on a swatch before I begin knitting, then I adapt the design as I go along.”

When we received Sylvia’s contribution to the Better Together collection, she had given her design the working title ‘Kehinde’. It seemed like a lovely name, and we were intrigued. When asked about the name, Sylvia told us: “The name is a Yoruba name given to one of a twin and I saw the 2 yarns being part of a twin. I was emotional about the name as I have twins. I am from the Igbo tribe rather than Yoruba but the names are special.”

Sylvia’s response sent us on a mini-research mission to learn more about the history of the Kehinde name. According to Wikipedia, ‘Kehinde (Short for Omokehinde) is a given name of Yoruba origin meaning “the second-born of the twins” or the one who comes after Taiwo. Though Taiwo is the firstborn, it is believed that Kehinde is the elder twin, sending Taiwo into the world first to determine if it is time to be born.’ The perfect name for such a stunning jumper that showcases yarn combining so well.

Kehinde is a traditionally-shaped cardigan with a bold, contrasting stripes-and-slip-stitch pattern that makes this sweater pop! With an easy, classic fit, raglan shaping, this gender-neutral cardigan is a perfect layering piece.

Sylvia has also designed a matching hat, which is a great way to practice the stitch pattern and make sure you achieve the correct gauge before jumping into the cardigan pattern!

Sylvia tells us about her preferred knitting style ‘I much prefer garment knitting, especially those knitted in pieces. I find knitting a therapeutic activity and carry my knitting with me all the time, so I need to knit pieces that are less cumbersome than a whole jumper knit in the round.’

This style can clearly be seen in the Kehinde cardigan and her first design for The Fibre Co., Umbriel. Back in 2020 Sylvia was one of the first people to knit with Cirro as part of our Atmosphere collection.

A folksy A-line pullover with delicate lace plackets at the chest and arms, the body is knitted bottom up to the shoulders with short row sleeve caps picked up and knitted seamlessly from the top down.

We hope you have enjoyed learning more about Sylvia’s design process and what inspires her to make.

You can find out more about Better Together on the collection page or by reading our ‘Magic of Yarn Combining‘ blog. 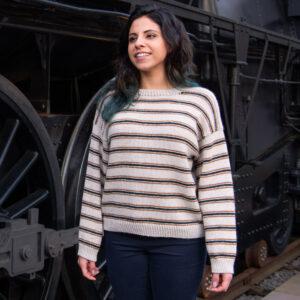 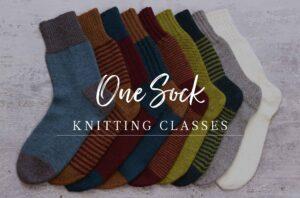 Yarn of the Month – Amble

Amble Yarn: Eco-Friendly Sock Knitters’ Delight Some yarns begin with inspiration from a place. Here at The Fibre Co, we are often inspired by our